Georgia Signers of the
DECLARATION OF INDEPENDENCE 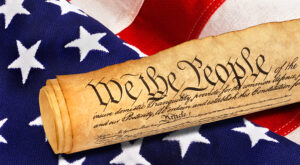 George Walton was born in Virginia in late 1749 or early 1750. Within a year his father died, and when his mother died several years later, young George joined the family of his uncle and aunt. At fifteen he apprenticed himself to a builder, but was released early from his indentured service. In 1769, at nineteen, he moved to Savannah to study law with Henry Young. Three years later, Walton was admitted before the general court of the province, beginning a very prosperous law practice.

At only twenty-four, Walton emerged as a leader among the Liberty Boys in Georgia, serving on the first committees that opposed British rule in the summer of 1774. His name appears beneath a call for a meeting at Tondee’s Tavern, the first gathering of Georgians who supported American rights. He was elected secretary of the Provincial Congress which convened at Tondee’s Long Room on July 4, 1775. By the end of that year he had been elected president of the Council of Safety, which ran the affairs of the young state of Georgia, and in January of 1776 the provincial assembly chose him as one of Georgia’s delegates to the Continental Congress. Walton County is named for him.

Lyman Hall was born in Wallingford, Connecticut, on April 12, 1724. He came from old Puritan stock that had lived there for several generations. He first studied theology at Yale and served briefly as pastor of a Congregational church. His main interest turned to medicine, however, which he actively practiced by the time he moved to South Carolina in 1756 or 1757. In 1760, he was granted land in Georgia in St. John’s Parish, near Midway, where he established a rice plantation, Hall’s Knoll, and built a home in the adjacent port of Sunbury. Two years later, he returned to South Carolina and practiced medicine in Pon Pon, but had returned to Georgia by 1774, actively promoting American independence.

Following the British evacuation of Georgia in the summer of 1782, he returned to St. John’s Parish–renamed Liberty County for its early role in gaining independence–and resumed practicing medicine. In January of 1783, he represented his county in the Georgia Assembly. He was elected governor by this assembly, and in that office he worked diligently for Georgia’s growth and welfare. The establishment of “seminaries of learning” became his primary goal, and his emphasis on mental and spiritual education laid the basis for chartering the University of Georgia in 1785. Hall County is named for him.

Button Gwinnett was born at Down Hatherly, Gloucestershire, England, in 1735, the son of a Welsh clergyman and an English mother. His parents were respectable and gave their son as good an education as their moderate circumstances would allow. On coming of age, Gwinnett became a merchant in the city of Bristol. He married when he was twenty-two and emigrated to Charleston, South Carolina, in the early 1760s. He stayed there for about two years, and then moved to Georgia where in 1765 he established himself as a general trader. In 1770, after selling all his merchandise, he purchased a large tract of land on St. Catherine’s Island, Georgia, where he devoted himself extensively to the agricultural pursuits of his plantation. Gwinnett County is named for him.